Impact of Covid-19 on the Middle East & Africa Solid-State Drive Market:
During the Covid-19 pandemic, Middle East & Africa has highly affected, especially South Africa. With the pandemic spreading through countries in the region, many challenges were faced by those countries. The industrial sector of Middle East & Africa was severely impacted due to an outbreak at the start of the year 2020. However, by the end of 2020, many countries initiated production with higher efficiency. The changing preference of consumers and penetration of new data centers boosted the solid-state drive market. 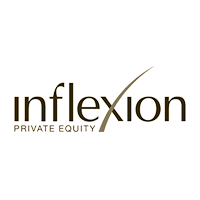